The concept of God


This is one topic on which I can drone on and on about. Earlier, God was an important person. A problem solver. A nice guy who helped people, destroyed evil, had the meanest set of weapons (according to the Hindu mythology anyways)….there weren't many arguments with the concept of God. Well that was when I was a wee little kid. See, the thing was, I had never given the thing much thought. All the traditions just seemed to fit the order of things. All the festivals, all the rituals just seemed in place. That was until the inquisitive old me asked mom one of those questions. The question I don’t remember, but the reply wasn’t quite what I had hoped for. Something was fishy.

I was aware of all the religions around me, and was determined to get an answer to my questions (yes questions….they had multiplied in time). Along came Wikipedia in all its awesome glory. I read about the Greeks, Egyptians, the pagans and my own religion. I tried to go deep into philosophy and even went as far to attempt to read the Iliad and Odyssey. Much of my knowledge about ancient Greek religion came from them which I then refined on further reading. It wasn’t long before I started joining the dots. I tried finding a relation between the religions of the old. Cooked up quite a mess in my head. Suddenly Poseidon’s trident resembled Shiva’s and Indra appeared more like Zeus.
.
Time passed on, and I was introduced to the concept of science. Did a further study on different apparent energies in the universe. The concepts of the big bang, the big crunch, anti-matter, the particles found in the hadron collider seemed to open an endless world of possibilities. Suddenly everything was all about logic and proof. The concept of God didn’t seem to have an answer, and back then all questions had answers. I doubted the presence of a superior being, but there was always a constant doubt in my head. Can so many people actually be wrong? Ages of wisdom built on the foundation of belief just wrong? The doubt still haunts me, but then again, no matter how much I try to deny the presence of a higher power, I still find myself chanting the name of the family deity whenever I’m in a fix. Can’t seem to help it. Apparently it’s hardwired in my head. 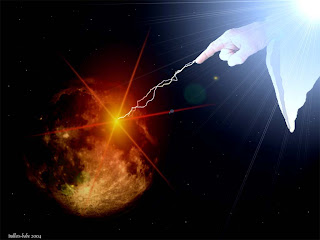 I had long discussions with my father and it all came down to one thing. Faith. God may or may not exist, but the concept of someone being in charge just felt comforting. Something like knowing you have your mother/father looking after you. It kept little kids from doing wrong (to some extent at least). So as I type this post down, I say that I have faith. I believe in the concept of God. I have belief that there exists a higher power that fuels this universe. You want science? The day someone can define what ENERGY really is, then I may question my belief. I don’t mean the high school definitions. If energy can neither be created nor destroyed, where on earth do you get whatever you have from? You convert other forms of energy. Where did they come from? What was there before the big bang? A white sheet of paper? What caused a particle to explode to form the universe as we know it? 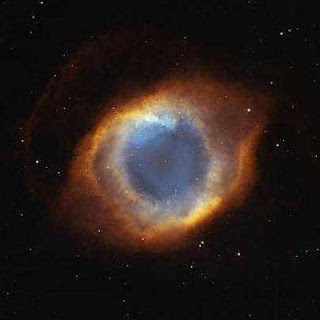 If you’re one of those brilliant minds who say they won’t believe in God until they see him, tell me. Do you believe in the concept of heat? Can you see when an object is hot? No. You only see it’s effects. You only feel it. Feeling is a sensation. If your brain fails to acknowledge something, for example, a red hot lump of coal in your hand, it doesn’t mean it’s not there. It’s there all right. And your hand is burning away.
So I end this post by saying that, yes, I do believe in God. For those who are still looking for answers and look to science for an explanation, even science cannot deny the explanation of some extra factor when you go deep enough…
Posted by Unknown at 6:24 AM